Exercise – The Answer to Nearly Everything (Source: British Society Of Lifestyle Medicine) 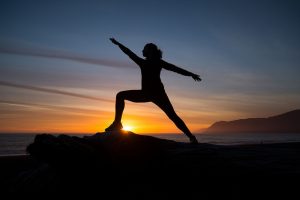 Exercise – The Answer to Nearly Everything

It is never easy to get people to change behaviour, but it is possible. Take the example of cigarette smoking which has fallen from about 20% to about 14% in the UK in the past six years alone. Doctors have played a big part in this – by their example as non-smokers and by their exhortations to their customers. Can they do the same for exercise? I believe so – though it would be made easier if the government could be persuaded to make inactivity taxable!

I entered general practice in Alton, Hampshire, in 1974. In 1976 I opened the Alton Cardiac Rehabilitation Unit in the local Sports Centre. By 1978 this was taken up by the District General Hospital and became the routine management for all patients discharged from the CCU of Basingstoke Hospital. In 1997, we created a purpose-built Cardiac Rehabilitation Centre, and I led the programme there until my retirement from General Practice in 2002.

By 2008 the incidence of heart attacks was falling and the Centre had time and space to diversify into primary prevention. We created our “Staywell Programme”, which we advertised to all the local practices for patients at high risk of cardiovascular disease, mainly the obese, diabetics, hypertensives and those with dyslipidaemia. Initially our criterion was a ten year CVD risk of 20% but we have now dropped this to 15%. Nearly all men aged, and a great many women over the age of 65 qualify.

In retirement, my enthusiasm for exercise has grown. I wish that I had prescribed exercise more widely than pills as prevention and treatment for all those degenerative conditions which spoil the lives and retirements of so many. These conditions include:

Diabetes – About 6% of the population is affected, with four million diabetics in the UK of whom about 7,000 are under the age of 25.

Metabolic syndrome – Which affects about 25% of adults in the UK.

Coronary disease – In the UK approximately 2.3 million people have diagnosed CHD and the annual incidence of new cases is about 300,000. About 200 people in the UK die of CHD every day mainly from heart attacks.

Stroke – There are more than 100,000 strokes in the UK each year and more than 1.2 million stroke survivors, many with severe ongoing disabilities. Stroke is the fourth biggest killer in the UK.

Psychological illness – About 15% of the population suffers from depression and about the same percentage will experience anxiety during their lifetime.

Cancer – Nearly 40% of people will be diagnosed with one or another type of cancer in their lifetime and cancer causes nearly 30% of all deaths in the UK.

Osteoporosis – Affecting about three million people in the UK and more than 300,000 suffer fragility fractures annually.

Premature death – mainly as a result of 1-11 above.

All these conditions have one thing in common – they are more frequent or much more frequent in non-exercisers than in those who are physically active. – and In all cases exercise has a role to play in their treatment.

Perhaps the most important benefit of exercise both to individuals and society as a whole is the prevention of frailty of old age which is the outcome of both low levels of physical fitness and all the conditions mentioned above. The social and financial consequences of frailty are enormous and growing. When frail people become ill they have poorer outcomes for mortality, morbidity or institutionalisation than the non-frail and if discharged from hospital have a high rate of readmission – as much as 40% over six months.

Our hospitals are full of “bed blockers” – admitted to hospital because they are frail and unable to go home because of lack of carers and lack of money to pay for them. The frail elderly occupy increasing numbers of beds in residential homes and nursing homes for dependent people. If they are able to stay at home they require regular visits from informal or formal carers to allow them to keep a semblance of normal life. Frail elderly people are major users of emergency medical services presenting with such problems as falls, immobility, incontinence and confusion. The financial and social costs are enormous.

Regular exercise is the one treatment which both lengthens life and shortens the period of ill health at the end of life, increasing the all-important “healthspan”. It is also the only treatment which seems to reduce overall health costs. Let us hope that the new social prescribing discipline leads to its much wider use both for prevention and management of chronic disease.

For more about exercise please read my Blog: exercisefitnessandhealth.info
Or visit my Facebook page: facebook.com/Exercise.Fitness.Health

The Society of Lifestyle Medicine of Nigeria (SOLONg) intends to host a VIRTUAL conference this year. Date: DECEMBER 2 – 4, 2021

Please note this year’s exam will not take place during the conference but will be held in a Prometric Test Centre from December 4th to December 10th 2021.